The first Track Your Life Retreat of 2018 saw a wonderful group of people returning to once again engage this ancient art form.

We were lucky with a beautiful fresh rhino track on the first morning. We followed into the dawn light for thirty minutes and then suddenly there was the giant bull feeding in the yellow grass.

Lions were elusive but we did get some good following.

Private coaching sessions took place each day, between tracking, at the original Sparta hunting camp.  These original 4 rondawels remain ensconced in the newly refurbished Varty Camp and offer a place for people to rediscover the track of their life.

We also had a phenomenal leopard sighting with a hosted impala and two leopards feeding from it up in a tree as a hyena looked on.

All through the week there was a strong feeling of friendship. The week was a kind of meditation on the effortless and deep bonds that emerge when a group of people spends time together in nature. 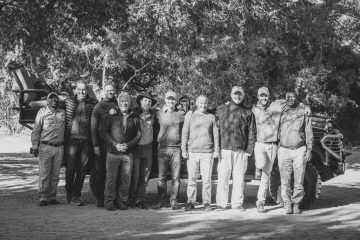 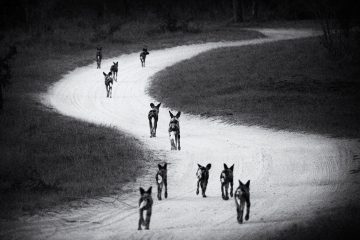 This Track Your Life retreat saw a particularly cold July winter make for beautiful crisp dawns and clear starlit skies each morning when we went out at 5 am. Each day started with meditation and Read more…